To properly attribute the foundations of American music, one must retreat in time and consider the influences of earlier migrations on America’s early immigrants who brought their music to America to be modified yet again by the American experience. All new genres of music utilize earlier music as building blocks however modified to express new feelings however evocative of a history which repeats itself in sounds and sentiments however reenvisioned. African and Asian musical elements had been absorbed into European music for millennia. Northern Africans were in Ireland before the Celts, and later lorded over parts of other British Isles and Spain for 700 years. Likewise the silk road and circumnavigation had brought Europe in touch with the music of greater Africa, Asia, Pacific Islanders and even early American natives long before any Asians or Europeans migrated to America. Any simplification or attribution of pure sources of influences denies history since 2,000 years of the world’s music had already been cooked in to much of the music that found itself to America.

One must retreat to the 1800s to discover the beginnings of modern American music which has fostered many new genres and songs, each born of the new experiences of new generations in lands new to their creators and full of perils and promise. The musical foundation underlying American music genres was created in rural America in the 1800’s by people themselves mostly born in rural environments in Europe, America, Africa or Asia who brought their music into the uniquely American experience and created uniquely American rhythms, harmonies and playing styles. Whether indentured whites or enslaved blacks, railroaders or lumberjacks, hillbillies or plantation owners, impressed soldiers or cowboys, or natives of American mainlands or islands, these were mostly country people who lived in the sway of nature and experienced the melancholic sentiments of tough lives and the exhilaration of hope at a time when people lived life so hard and energetically that they routinely died by 40 with the ambition for happiness still in their mouths. Blue notes and jazz chords were born of a freedom just out of reach, while the march from Europe was transformed by the swingin’ and the rockin’ and the rollin’ engrained by the incessant motion of walking or riding or being pulled by fellow beasts of burden or transported by ships and steam engine rail cars towards a new future.

The ‘shuffle’ is the ‘syncopation’ or ‘swing’ of the ‘march’ and the ‘polka’ and are the precursors of all American music of the 1800’s and 1900’s. Adding a skip to a march is uniquely American and was born of the playfulness that comes from the hope that created the American personality. There’s a rhythm and a blues in ‘rhythm n’ blues’. There’s a rock and a roll in ‘rock n’ roll’. And there’s a swing in them all going back to the shuffle going back to a Europe already influenced by the music of the world. The blue notes of hillbillies in hollows and slaves in the cotton fields and native North Americans on the plains cannot be attributed to a group but rather to an experience. What was new in the music was the shuffle of the whites and the drums of the blacks and the natives and the blue notes that a lack of conventions allowed them all to create. What made the shuffle swing for the first time, and what made those drums bounce for the first time, was the American experience.

The modern fiddle had been in use since the 1600’s but had never been played in European parlors like the American hillbillies played it in the forested hills of America with their blue, bent notes, haunting harmonies and dragging rhythms. The first modern pianos and first modern acoustic guitars were created in Europe in the 1830’s, but had never been played like a Turpentine camp barrelhouse player with his own sense of rhythm and his own taste of the blues. Sliding on guitars was popularized by Hawaiian Americans in the 1920’s, and the first pedal steel guitars were created in America in the1940’s. The modern banjo, originally an African instrument, was heavily redesigned in America in the 1830’s by Joel Sweeny and played uniquely by him and later by Earl Scruggs unlike any old world African or Spaniard ever played it. Likewise the Dobro and other instruments. Electric guitars and electric pianos in the mid 1900’s would be played in a multitude of styles and variations in electric sounds never even contemplated by those first rural American players in the 1800’s who created the musical and sentimental foundation for all modern American music. Using this truly new unique sound as a base, immigrating and then migrating populations created many genres, subgenres, styles and instruments as a predominantly rural America became urban then suburban, and as immigrating populations brought with them even more instruments, genres and styles, and all were stirred into the mix to create modern music as we know it worldwide today. Rural American people founded a musical foundation which would be imitated and copied with minor modifications for millennia to come.

The first half of the 1900s in America contained most of the genres and even many of the songs that were modified to create the genres of the second half of the 1900s. The recording of music arrived late on the scene and only became widespread in the early1900’s, well after the establishment of the American musical foundation. By then several variations in style and some new genres had emerged by building on the earlier unique sound. Many more followed with the exposure of radio and the advent of more new instruments, while the old timey bluesy country songs played on an acoustic guitar were still practiced then, still are today, and will be in the future, keeping the pure original foundation alive, for we have no recordings of those who were the first to create the American musical foundations, no solid proof of the moment of its creation. All that similar foundational music, old timey music, began to be separated around the time of the first recordings as the record companies and sheet music publishers and entertainment venues like Vaudeville began separating the audiences most likely to listen to them, and genres were here to stay.

In the 1800’s it was all country, so no genre was required. Old timey fiddle based, wagon train, barn raising, ho-down songs like Turkey in the Straw and acts like “Fiddlin'” John Carson pre-dates genres and uses the same combination of 2/4 march with a swing feel that Valentine’s songs do in a sexier way today. The first “country” genre did not get “labeled” until 1930 in the form of jazzy stuff called Western Swing. Popularized by Bob Wills and Milton Brown in the 30’s and 40’s, it copied the swing rhythm of the Big Band music of the same era, but used country instruments and playing styles and rarely used drums much like Valentine’s songs which have a sexier sway and include the big band horn lines omitted by Western Swing. Around the same time, movie Cowboy songs were popular, and Bill Monroe’s style became the genre Bluegrass enchanting the south eastern hillbilly crowd.

The Rockabilly of Elvis evolved into Rock n’ Roll and later Rock by remaking simple old time blues, rhythm and blues, and boogie songs using electric bands most of which had a very country sound. The soft pop music which dominated the charts of the 60’s and 70’s was folk music: Joni Mitchell, Bob Dylan, John Denver, Jim Croce, Simon and Garfunkel, James Taylor, Neil Young etc. Likewise Rock was recorded with a country sound, much of it in Nashville using session players called Nashville Cats: Dylan’s electric period, The Eagles, The Byrds, The Grateful Dead, Crosby, Stills, Nash and Young, The Allman Brothers etc. Much of the Rock and Pop of the 50’s, 60’s, and 70’s would be considered “Country” if released in the early 2000’s. In the 1960’s, 70’s and 80’s, Porter Wagoner and Dolly Parton claimed the western cowboy hat crowd with Country and Western which evolved into Country as it blurred the lines between country and pop beginning with Shania Twain in the 1990’s followed by the likes of Rascal Flats and culminating with Taylor Swift and a host of new cross over artists in the early 2000’s when it was called Country Radio. Americana was introduced as a catch all for music which was not Bluegrass and not Outlaw Country, yet continued many of the immensely popular countrified styles which have achieved traditional status, from West Coast Rock and Soft Rock to Jam and Folk, all with nothing else to be called and nowhere else to go, including old timey, which brings us full circle back to the foundations of American music.

Louis Armstrong said: “Ah, well, we used to call it syncopation, then they called it ragtime, then blues, then jazz. Now, it’s swing.[3][4] From the old timey ragtime and blues and early jazz of the late 1800’s and early 1900’s, jazz splintered into rhythm and blues and boogie, big band and western swing. By the 1950’s and 60’s the swingin’ big bands were gone and showtunes were relegated to Broadway. The musicians from the dismantled big bands had to move on, and the outcome was Bebop and Straight Ahead Jazz beginning in the late 40’s using inverted chords and odd modes. The musicians of the Western Swing bands, with the best opportunity to create country sounding jazz using smaller ensembles, appear instead to have gone into Country and Western, leaving only a few like Chet Atkins to fill that hole in the evolution of Country Jazz.

“Blending jazz with country music is not a new idea. It had its origins with Bob Wills, who had a famous radio show in Texas playing hillbilly music that had a “bounce” to it; a bounce that was in fact swinging, but not in the smoother linear fashion like the jazz big bands of that era. Instead the back beat was emphasized. Several big bands, like Tommy Dorsey, would come through Texas and Bob would invite the players to jam with this hillbilly players. Smokey Dacus became the first jazz drummer to join Bob Wills and the Texas Playboys, and thus he became the first country drummer. Smokey said to Bob, “I don’t know your music. What do I play?” Bob replied, ” Play the same thing that you play when you’re playing with your jazz band. It will work.” So that’s what Smokey did. Bob added extra fiddle and horns to his Texas Swing band for interesting jazz harmonies. This style has been done by many artists over the years. Many artists in the 60’s such as Chet Atkins employed this type of linear feel and harmony into their country sound”, comments Nashville session drummer and historian Brian Fullen. “Valentine’s music is unique and has its own feel/blend to it. Valentine has added some interesting elements of jazz harmonies and feel, with country overtones, reminiscent of much of the popular, commercial music of the 40’s.

Jump up  ^ Father of the Blues by William Christopher Handy. 1941 MacMillan page 292 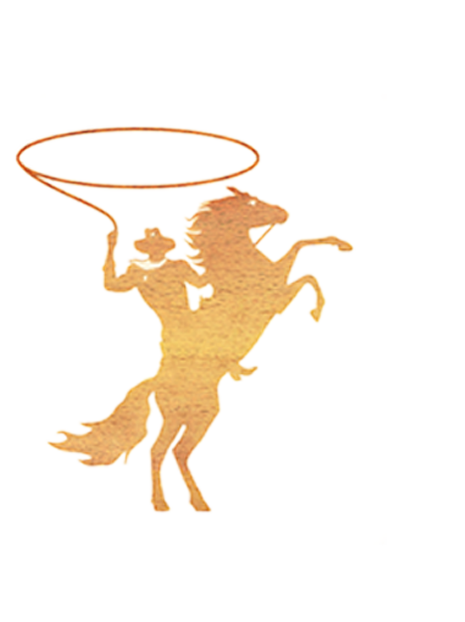 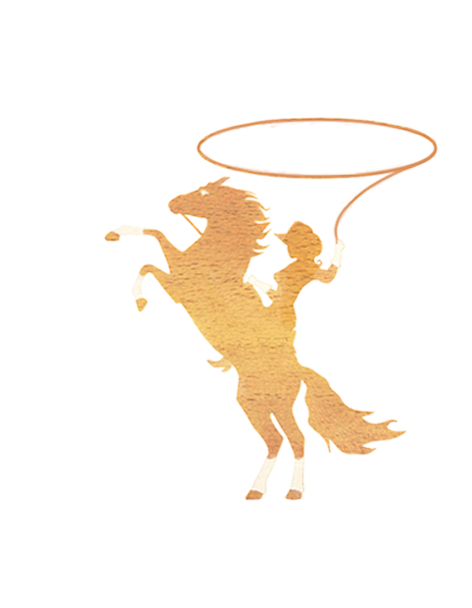 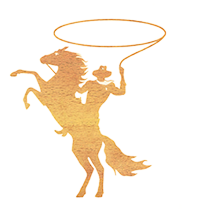